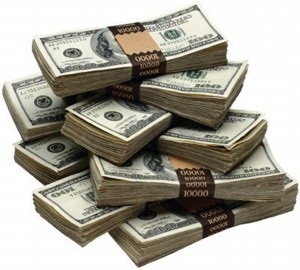 In a Denver Post article highlighting Americans for Prosperity’s request that Colorado legislators sign pledges to protect TABOR, Governor John Hickenlooper expressed frustration that nobody had suggested additional sources of revenue to meet the state’s ravenous budget needs. Here is what he said when asked about the TABOR pledges:

“My intention is to reach out to them and say, ‘What are the alternative plans that are going to generate the revenue we need to move this state forward?’ ” he told reporters, who were removed from a publicly noticed speech in which he previewed his legislative priorities to a prominent business group. “So far I haven’t seen a place where there is sufficient revenue to build the kind of infrastructure this state needs to compete.”

As the Peak has noted before, the state does not have a revenue problem, it has a spending problem. Colorado spending increased $1.8 billion between fiscal years 2013 and 2014, from $28.5 billion in 2013 to $30.3 billion in 2014. During the same time, the Consumer Price Indices showed just a 1.58 percent inflation as compared to the Colorado budget increase of 6.3 percent.

In 2015, when Hickenlooper announced his 2016 budget proposal, he asked for a seven percent increase in spending in total funds and a 9.6 percent increase in the general fund from the year prior. Human services and healthcare gobbled up a whopping 40.9 percent of the state’s total funding, with 37.2 percent from the general fund going to K-12 education. In 2013, Colorado spent a higher percentage of its budget on K-12 education than its surrounding states and only Idaho spent a greater percentage of its budget on Medicaid.

When Colorado’s education bureaucracy is ballooning and a greater percentage of population is on Medicaid, we don’t need to ask, “how can cash-strapped Coloradans pay more?”, we need to ask “how can we rein in spending?”.