The topics that will dominate candidates’ messaging throughout the campaign season.

It is the best of times…or is it the worst of times? That depends a lot on how you feel about Colorado’s growth. “Normally, the economy would be the highest issue for most voters,” Paul Teske, a dean at CU Denver, says. “There will be a lot of talk about sustaining the boom.” But, adds DU’s Seth Masket: “There are a lot of different areas of the state that are adversely affected by this growth.” Transportation has become a perennial funding battle at the Capitol and could benefit from strong gubernatorial influence (read: political pressure) to make Republicans and Democrats find bipartisan ways forward. Meanwhile, the unemployment rate in Colorado is three percent (it was 8.9 percent at the end of 2010), which on its face is great news, but that near-full employment causes woes for companies desperate to fill jobs. Wages—particularly in the metro area—haven’t kept up with cost-of-living expenses, which means that although people are finding work, they may not be able to pay bills. And the biggest expense for many voters is rising housing costs. Mix that all together, and the moment is prime for a gubernatorial candidate to stand out by creating a unique vision for Colorado’s future.

This may seem like a topic that matters most to people who are raising families, but this year, candidates will compel everyone to think about Colorado’s education system (funding here ranks in the bottom third of all states in the country). Which makes sense: Property owners help pay for schools, employers benefit from a well-prepared workforce, and we all want the best for society’s youngsters, right? But how we ensure we have a strong education system is quite a bit more complicated. Magellan Strategies’ David Flaherty says Republican candidates should be talking about education right now and through November. “It’s the one issue we completely give to the Democrats,” Flaherty says. “It’s unfortunate because it’s one of the top two issues for unaffiliated voters.”

Conversations about addressing growing pains or giving more money to teachers inevitably evolve into talks about what to do about Colorado’s Taxpayer Bill of Rights (TABOR), which limits government spending to match population growth and inflation increases.
Under TABOR, which passed in 1992, leftover revenue is returned to the taxpayers. Proponents herald the limits on government spending; detractors warn that TABOR isn’t robust enough to respond to real-time needs, like shifting populations in schools due to high housing costs.
But Coloradans tend to like the control TABOR gives them: A January 2018 report from the American Politics Research Lab at CU Boulder found that “support among Coloradans outpaces opposition,” with 45 percent of respondents supporting TABOR.
That number has fallen since 2016, and the study notes that more than a quarter of respondents had “uncertainty about a position.” In short, there’s room for candidates to make TABOR the issue of the campaign.
Republican candidates are likely to support working within TABOR’s constraints. Democrats will probably talk more about reform or repeal.

END_OF_DOCUMENT_TOKEN_TO_BE_REPLACED What is TABOR?
It lets you, the taxpayer, vote whether or not to approve a tax increase.
TABOR, simple, easy, and effective.. 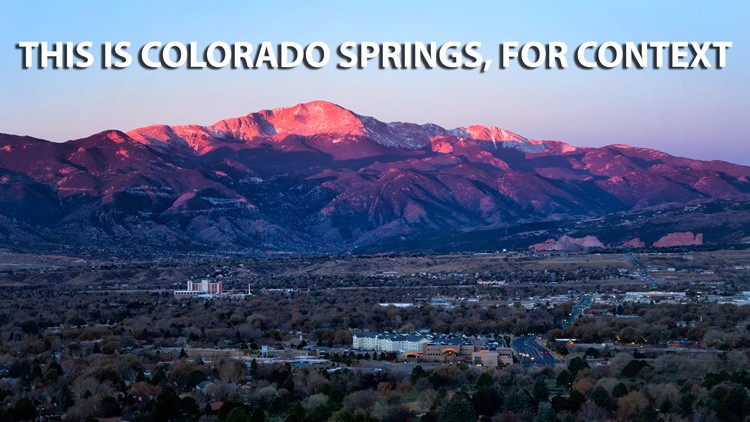 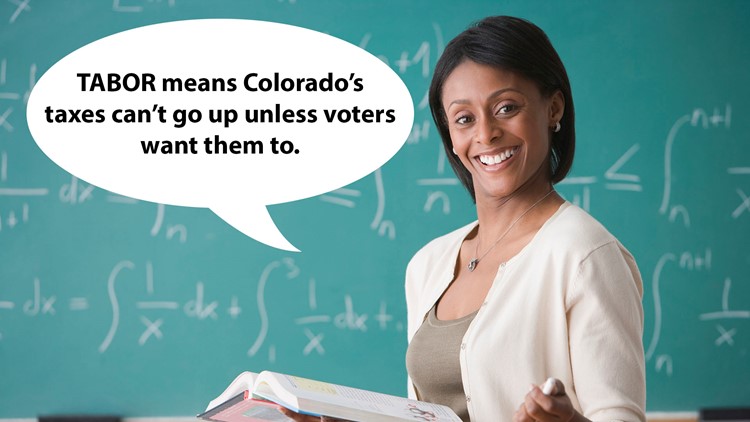 END_OF_DOCUMENT_TOKEN_TO_BE_REPLACED

The Colorado Supreme Court on Monday upheld the constitutionality of a state law that added sales taxes to some items to benefit public transportation and cultural groups in metropolitan Denver without voter approval.

END_OF_DOCUMENT_TOKEN_TO_BE_REPLACED

By BRIAN EASON | The Associated Press
PUBLISHED: April 23, 2018 at 11:46 am | UPDATED: April 23, 2018 at 6:23 pm
The Colorado Supreme Court on Monday upheld the constitutionality of a state law that added sales taxes to some items to benefit public transportation and cultural groups in metropolitan Denver without voter approval.

Through an attorney, the TABOR Committee delivered a message to the city of Loveland last week reminding the city to tread carefully when issuing bonds for the city’s Downtown Development Authority.

The letter’s stated concerns relate to the anticipated bond issuances greenlit in November via a ballot issue.

The TABOR Committee, which was the original vehicle for getting the Taxpayer’s Bill of Rights passed in 1992, is an organization whose mission is to defend the statewide law. It is the advocacy side of TABOR defense, while its affiliate the TABOR Foundation is an educational organization.

The letter was sent by Michael Mulvania through Denver-based law firm Mulvania Law, LLC. It is “non-threatening,” according to City Attorney Moses Garcia, though it serves as an important reminder that the city could be at risk of violating TABOR if it were to finance repayment of debt taken for the DDA through any means other than the fund specially designated for the purpose.

Ballot issue 5C, which appeared on the November 2017 election ballot for Lovelanders living within the DDA boundaries, asked voters to grant the city permission to borrow up to $61 million for DDA infrastructure projects. Final election results showed 58.68 percent of voters in favor of the issue.

The ballot question states the debt will be “payable from and secured by a pledge of the special fund of the city which shall contain tax increment revenues levied and collected within the boundaries of the authority.”

This statement is almost word-for-word a reflection of the section of the Colorado Revised Statutes Title 31 dedicated to codifying the issuance of bonds by an authority.

END_OF_DOCUMENT_TOKEN_TO_BE_REPLACED This publication discusses both the successes and deficiencies, of Colorado’s “Taxpayer’s Bill of Rights” (TABOR) and offers some recommendations for reform.