Colorado taxpayers will be asked for more… As tax season is upon us, there are several considerations worth examining about how Colorado is doing. Colorado, like most states, faces fiscal challenges arising from COVID and the lockdowns. Colorado has one of the most expensive states for real estate and the recent Gallagher vote could result in higher residential property tax burdens for Coloradans in the years to come. The Colorado state pension system (PERA) has one of the worst funding ratios in the nation, suggesting PERA funding shortfalls will present problems for Colorado taxpayers and PERA beneficiaries in the years to come. Further, a low funding ratio could result in credit rating downgrades leading to higher borrowing costs for the state. Colorado has about 25% of the population on Medicaid. This could present significant challenges for the Colorado taxpayers in years to come. There will be calls for more taxes and fees to meet the desires of the Colorado legislature.

Here are several sites for referencing how Colorado fiscally compares to the nation. The impact of the coronavirus pandemic on the $30 billion-plus state budget begins to take shape this week as lawmakers consider massive spending cuts.

How much tax revenue Colorado will lose to the paralyzed economy remains uncertain, but the governor’s budget office is projecting $3 billion in lost revenue for the current fiscal year and the next.

The General Assembly’s budget writers on Monday will start reviewing recommendations from legislative analysts for potential spending cuts across all government agencies. The documents are expected to include scenarios for slashing budgets as much as 20% and force legislators to make hard choices that will impact most Colorado families, according to drafts reviewed by The Colorado Sun. END_OF_DOCUMENT_TOKEN_TO_BE_REPLACED

Colorado is ranked one of the worst states in the US regarding the ability to pay state pensions. In October 2018, Bloomberg’s Danielle Moran tallied the total liabilities and the funded portion that applies to each state’s public employee pension funds, finding that five states had funded less than 50% of the cost needed to pay for their promised state public employee’s pension benefits: Kentucky (33.9%) New Jersey (35.8%) Illinois (38.4%) Connecticut (43.8%) and Colorado was the fifth-worst in the US (47.1%). The exorbitant real debt of PERA obligations is over twice the size of the entire state budget ($32 billion) when using a discount rate that the private sector has to use in calculating its debt obligations.

According to the Foundation of Economic Education, another way to measure the shortfall is to calculate the amount of money that each individual state resident would have to cough up to fully fund the cost of providing state government employees with the retirement benefits promised to them by state politicians. This analysis shows that the 2018 cost of unfunded state government employee pension liabilities per Colorado resident (man, woman, and child) is $9,722 the fifth-highest in the US.

END_OF_DOCUMENT_TOKEN_TO_BE_REPLACED 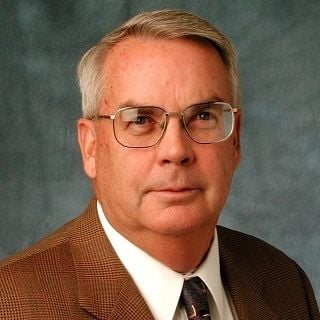 But most state revenue is exempt from the TABOR limit. The exempt funds include the revenue from enterprises and the fees collected by government agencies, which have grown rapidly over this period. As a result, over the past decade TABOR has not constrained the growth in spending, and this year the state will spend virtually every dollar of revenue it takes in. END_OF_DOCUMENT_TOKEN_TO_BE_REPLACED