Is it a “tax” or “fee”?
You be the judge.
The Court held that the IRS could not charge “fees” for a thing with no value to the “tax”payer.

The judicial branch exists primarily to ensure that Constitutional principles are properly upheld by the courts. And yet, constitutional victories have been troublingly rare as of late. But even though limited government and a true separation of powers seems almost non-existent, the United States District Court for the District of Columbia just handed down a precedent-setting decision that is a win for anyone who supports constitutional limits to state power.

In the class action suit of Steele v. United States, the Court ruled that the IRS would be required to return an estimated $270 million in “user fees” charged to Americans in what a U.S. District Court determined was an unlawful expansion of the agency’s authority.

The Court ruled that occupational licensing was outside the IRS’ scope of authority.

In 2010, the Treasury Department and the IRS issued a tangle of new regulations, including a requirement that tax preparers register for a specific ID number (PTIN) to be entered on all returns. For anyone who had previously been preparing tax returns for others without a state-sanctioned “professional” preparer’s status, this new regulation required them to pass a competency exam before receiving the required PTIN.

After paying the required fees to take the exam and the costs associated with the mandated annual IRS “education courses,” preparers would then have to purchase the mandated PTIN from the IRS. The initial charge was $64.25, and renewal costs were $63. In 2015, the fee was lowered to $50.

A Thing of (Questionable) Value

If upheld, the ruling against agency user fees holds promise as a tool against executive branch overreach. The Court ruled that occupational licensing (the effective outcome of the PTIN mandate and fee structure) was outside the IRS’s Congressional authority, per a 2014 ruling known as Loving v. IRS.

“It appears to this court that the IRS is attempting to grant a benefit that it is not allowed to grant, and charge fees for granting such a benefit

The IRS was the only party benefitting from the new PTIN requirements.

The dispute hinged on language from two 1974 Supreme Court rulings limiting federal agencies to charging user fees only if the user received a “special benefit” (for example, a hunting license or admission to historic sites). Because PTINs do not constitute a “service or thing of value” provided by government to citizens, The Court ruled the IRS could issue and require PTINs, but could not charge fees.

Overruling a previous holding by the Northern District of Georgia, the DC court found that the only person or entity benefitting from the issuance of tax preparer ID numbers was the IRS itself who “through the use of PTINs, may better identify and keep track of tax return preparers and the returns that they have prepared.” The IRS argued that because a tax preparer could not receive compensation for preparing a federal tax return without an ID number, the PTIN did in fact, provide value. To observers, this was a familiar government trick: restrict an individual’s freedom to do something, then sell it back to him in the form of a “license.”

All associated registration and renewal fees related to PTINs (an estimated $270 million) must now be returned. If the IRS chooses to appeal this decision, then the plaintiffs will not get their money back for well over a year. Of course, determining what the IRS’ next move will be is always a bit of a guessing game, since the IRS does not comment on ongoing litigation.

At the root of the case is the expansion of executive powers resulting from agencies funding their operations through user fees rather than appropriations from Congress as intended by the Constitution. If heads of agencies can fund regulations without seeking appropriations from elected representatives of the people, there is no check on the expansion of their powers. Agencies would be left to grow the size and scope of the federal government without being accountable to the people. In fact, it appears that agencies have intended to do exactly that.

In a 2015 study, the Government Accountability Office informed agency insiders that federal user fees “represent a significant source of federal government revenue—some individual regulatory user fees exceed $1 billion in annual collections—and often support agencies’ regulatory missions.” Taxpayers could be made to pay the bill at both ends, agencies reasoned. What choice did they have?

“The Treasury Department felt confident that tax preparers would simply ‘take it’ and do nothing,” said Allen Buckley, CPA, professional tax preparer, and lead attorney for the plaintiff class of 1,000,000 other return preparers. This wasn’t Buckley’s first brush with agency overreach: as a 2016 candidate for U.S. Senate, he proposed the Balance of Powers Restoration Act to address the growing problem of unaccountable agency powers.

If passed, Buckley’s proposed legislation would hold the agency head personally liable if an alleged overreach was struck down, and would empower courts to hold the federal government responsible for the plaintiff’s attorney fees if vindicated. While no such legislation is currently pending, the victory in Steele should give pause to unelected agency heads looking to extend their authority at the expense of individual liberty.

With this ruling, the Court reaffirms that the heads of agencies must play by the rules intended by the US Constitution and have their powers checked by the appropriations process in Congress. Fundamentally, the Court asserts that agencies must be accountable to the people’s representatives and the ruling sets precedent for all user fees. While the ruling hacks only one head off the hydra of invasive government, Steele may be a weapon that can be wielded for years to come. 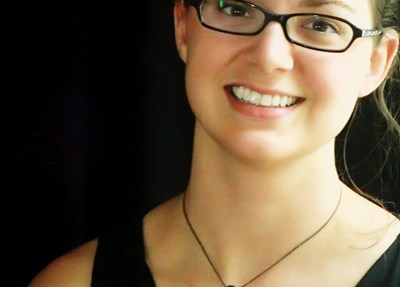 Dr. Laura Williams teaches communication strategy to undergraduates and executives. She is a passionate advocate for critical thinking, individual liberties, and the Oxford Comma. 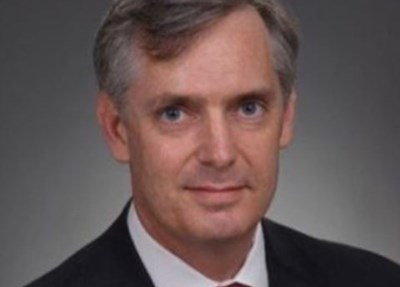 Travis Klavohn is a management consultant, political activist for limited government, and a resident of Georgia’s 13th Congressional District. Follow his politics blog at www.travisklavohn.com.