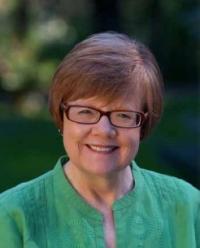 We love Democrats who live in such insulated liberal enclaves, they have no problem forgetting that Democrats lose when they show their true colors.  Luckily for us, Colorado House Democrats decided to make just such a Democrat their #1.  Yesterday in a Denver Post article, new Majority Leader, Rep. Dickey Lee Hullinghorst, says “I’ve never met a tax dollar I haven’t wanted to spend.”  Now, we might be taking some liberties in that paraphrase right there, but the sentiment is dead on as Hullinghorst proposes stiffing Coloradan tax-payers $130 million in tax refunds just because she wants to spend the money.  As The Denver Post reports:

…incoming House Speaker Dickey Lee Hullinghorst made the most direct suggestion that Democrats may support a ballot measure in 2015 to ask voters to keep the money for state spending instead of issuing a refund.

… the Boulder Democrat said. “The people would be far better off if we invested that in infrastructure, education — something that really benefited them rather than (them) getting their 50 bucks to spend on a tank of gas or something.”

We agree wholeheartedly with Hullinghorst, Colorado would probably be better off if that money went to roads and educating Colorado kids.  But, there’s no way in hell we’re giving Hullinghorst that money because that money wouldn’t be going to roads and kids.  Instead, it’d be going to public education unions already engorged on tax-payer dollars.  Or, maybe another pet project of Gov. John Hickenlooper where he spends $100 million to throw a parade for his BFF Michael Bloomberg (never Bloomberg mind that we don’t have roads here to have that parade on).

It doesn’t really help Hullinghorst’s putting the people of Colorado first plea, when one realizes it is the poorest who will benefit the most directly from a TABOR refund.  Sure, what may be just one more tank of gas for Hullinghorst could be the difference between making this month’s rent for those who can’t afford to live in Boulder.

TABOR was put into place to control just such tendencies, recognizing the reality that Democrats always feel like there’s another tax-payer dollar out there for them to spend.  And TABOR is doing its job right now; if Colorado Democrats are going to follow their playbook of taxing and spending us to death, they’ll have to do it in full public view for everyone to see.  Unlike other states, where convoluted budget processes and a lack of a requirement to stay within a specific budget allows state legislatures to stuff all sorts of pork into budgets, if Hullinghorst wants to defy TABOR, she’ll have to do so with a whole host of attention on her.  While this may not threaten her own seat in the People’s Republic of Boulder, such a gospel of tax and spend will certainly threaten her majority in the rest of the state.

TABOR once again is the emergency brake from Colorado Democrats driving us off any fiscal cliffs.