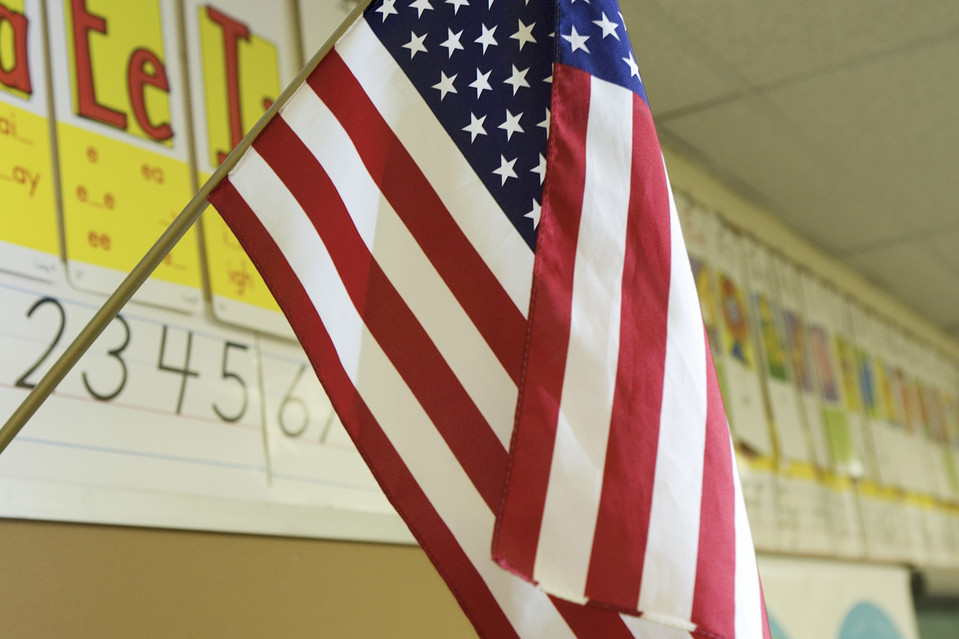 By DONALD KAGAN
Adapted from remarks by Yale University historian and professor emeritus Donald Kagan at the Hotchkiss School in Lakeville, Conn., Sept. 18, a talk based in part on a lecture he delivered at Yale on Nov. 4, 2001:

What is an education for? It is a question seldom investigated thoroughly. The ancient philosophers had little doubt: They lived in a city-state whose success and very existence depended on the willingness of citizens to overcome the human tendency to seek their individual, self-interested goals and to make the sacrifices needed for the community’s well-being. Their idea of education, therefore, was moral and civic, not merely instrumental. They reasoned that if a state or community is to be good, its citizens must be good, so they aimed at an education that would produce virtuous people and good citizens.

Some two thousand years later, from the 16th through the 18th centuries, a different group of philosophers in Italy, England and France introduced a powerful new idea. Their world was dominated by ambitious princes and kings who were rapidly asserting ever greater authority over the lives of their people and trampling on the traditional expectations of individuals and communities. In the philosophers’ view, every human being was naturally endowed with three essential rights: to defend his life, liberty and lawfully acquired property.

The responsibility of the state, therefore, was limited and largely negative: to protect the people from external enemies and not to interfere with the rights of individual citizens. Suspicious of the claims of church and state to inculcate virtue as mere devices to serve the selfish interests of their rulers, most philosophers of the Enlightenment believed that moral and civic instruction was not the business of the state.

Among our country’s founders, none was a more devoted son of the Enlightenment than Thomas Jefferson, yet as he considered the needs of the new democratic republic he had helped to establish, he came to very different conclusions. Like the ancient philosophers, Jefferson regarded education as essential to the establishment and maintenance of a good polity— Plato, in “The Republic,” spends many pages on the nature of the citizens’ education, as does Aristotle in “Politics.” Jefferson regarded a proper educational system as so important that in the epitaph he wrote for himself, he did not mention that he had twice been elected president of the United States but proudly recorded that he was the “Father of the University of Virginia.”

Jefferson was convinced that there needed to be an education for all citizens if they and their new kind of popular government were to flourish. He understood that schools must provide “to every citizen the information he needs for the transaction of his own business; to enable him to calculate for himself, and to express and preserve his ideas, his contracts, and accounts, in writing.”

For Jefferson, though, the most important goals of education were civic and moral. In his “Preamble to the 1779 Virginia Bill for the More General Diffusion of Knowledge” he addresses the need for all students to have a political education through the study of the “forms of government,” political history and foreign affairs. This was not meant to be a “value free” exercise; on the contrary, its purpose was to communicate the special virtues of republican representative democracy, the dangers that threatened it, and the responsibility of its citizens to esteem and protect it. This education was to be a common experience for all citizens, rich and poor, for every one of them had natural rights and powers, and every one had to understand and esteem the institutions, laws and traditions of his country if it was to succeed.

It is striking to notice the similarity between Jefferson’s ideas and those of a leader of the last great democracy prior to Jefferson’s fledgling democracy. In 431 B.C., Pericles of Athens described the character of the great democratic society he wished for his community: A city “governed by the many, not the few,” where in the “matter of public honors each man is preferred not on the basis of his class but of his good reputation and merit. No one, moreover, if he has it in him to do some good for the city, is barred because of poverty or humble origins.”

Both great democratic leaders knew that democracy, properly understood, requires a careful balance between the political and constitutional rights of the individual, where absolute equality is the only acceptable principle, and the other aspects of life, where equality of opportunity and reward on the basis of merit are appropriate. They also agreed on the need for individuals to limit their desires and even to curtail their own rights, when necessary, to make sacrifices in the service of the community without whose protection those rights could not exist. In short, democracy and patriotism were inseparable.

These values have not disappeared, but in our own time they have been severely challenged. With the shock of the 9/11 terror attacks, most Americans reacted by clearly and powerfully supporting their government’s determination to use military force to stop such attacks and to prevent future ones. Most Americans also expressed a new unity, an explicit patriotism and love of their country not seen among us for a very long time.

That is not what we saw and heard from the faculties on most elite campuses in the country, and certainly not from the overwhelming majority of people designated as “intellectuals” who spoke up in public. They offered any and all explanations, so long as they indicated that the attackers were really victims, that the fault really rested with the United States.

As most of us have come to know too well, the terrorists of al Qaeda and other jihadists regard America as “the great Satan” and hate the U.S. not only because its power stands in the way of the achievement of their Islamist vision, but also because its free, open, democratic, tolerant, liberal and prosperous society is a powerful competitor for the allegiance of millions of Muslims around the world. No change of American policy, no retreat from the world, no repentance or increase of modesty can change these things.

Yet many members of the intelligentsia decried the outburst of patriotism that greeted the new assault on America. The critics were exemplified by author Katha Pollitt, who wrote in the Oct. 1, 2001, edition of the Nation about her daughter wanting to fly the American flag outside their window after 9/11. “Definitely not,” Ms. Pollitt replied. “The flag stands for jingoism and vengeance and war.”

Such ideas still have a wide currency, reflecting a serious flaw in American education that should especially concern those of us who take some part in it. The encouragement of patriotism is no longer a part of our public educational system, and the cost of that omission has made itself felt. This would have alarmed and dismayed the founders of our country.

I recognize that I have said something shocking. The past half-century has seen a sharp turn away from what had been traditional attitudes toward the purposes and functions of education. Our schools have retreated from the idea of moral education, except for some attempts at what is called “values clarification,” which is generally a cloak for moral relativism verging on nihilism of the sort that asserts that whatever feels good is good.

Even more vigorously have the schools fled from the idea of encouraging patriotism. In the intellectual climate of our time, the very suggestion brings contemptuous sneers or outrage, depending on the listener’s mood. There is no end of quoting Samuel Johnson’s famous remark that “Patriotism is the last refuge of a scoundrel,” but no recollection of Boswell’s explanation that Johnson “did not mean a real and generous love for our country, but that pretended patriotism which so many, in all ages and countries, have made a cloak for self-interest.”

Many have been the attacks on patriotism for intolerance, arrogance and bellicosity, but that is to equate it with its bloated distortion, chauvinism. My favorite dictionary defines the latter as “militant and boastful devotion to and glorification of one’s country,” but defines a patriot as “one who loves, supports, and defends his country.”

That does not require us to denigrate or attack any other country, nor does it require us to admire our own uncritically. But just as an individual must have an appropriate love of himself if he is to perform well, an appropriate love of his family if he and it are to prosper, so, too, must he love his country if it is to survive. Neither family nor nation can flourish without love, support and defense, so that an individual who has benefited from those institutions not only serves his self-interest but also has a moral responsibility to give them his support.

Thus are assaults on patriotism failures of character. They are made by privileged people who enjoy the full benefits offered by the country they deride and detest, but they lack the basic decency to pay it the allegiance and respect that honor demands. But honor, of course, is also an object of their derision.

Every country requires a high degree of cooperation and unity among its citizens if it is to achieve the internal harmony that every good society requires. Most countries have relied on the common ancestry and traditions of their people as the basis of their unity, but the United States can rely on no such commonality. We are an enormously diverse and varied people, almost all immigrants or the descendants of immigrants. The great strengths provided by this diversity are matched by great dangers. We are always vulnerable to divisions among us that can be exploited to set one group against another and destroy the unity and harmony that have allowed us to flourish.

We live in a time when civic devotion has been undermined and national unity is under attack. The idea of a common American culture, enriched by the diverse elements that compose it but available equally to all, is under assault, and attempts are made to replace it with narrower and politically divisive programs that are certain to set one group of Americans against another.

The answer to these problems and our only hope for the future must lie in education, which philosophers have rightly put at the center of the consideration of justice and the good society. We look to education to solve the pressing current problems of our economic and technological competition with other nations, but we must not neglect the inescapable political, and ethical, effects of education.

We in the academic community have too often engaged in miseducation. If we encourage separatism, we will get separation and the terrible conflict in society it will bring. If we encourage rampant individualism to trample on the need for a community and common citizenship, if we ignore civic education, the forging of a single people, the building of a legitimate patriotism, we will have selfish individuals, heedless of the needs of others, the war of all against all, the reluctance to work toward the common good and to defend our country when defense is needed.

The civic sense that America needs can come only from a common educational effort. In telling the story of the American political experience, we must insist on the honest search for truth; we must permit no comfortable self-deception or evasion, no seeking of scapegoats. The story of this country’s vision of a free, democratic republic and of its struggle to achieve it need not fear the most thorough examination and can proudly stand comparison with that of any other land.

In the long and deadly battle against those who hate Western ideals, and hate America in particular, we must be powerfully armed, morally as well as materially. To sustain us through the worst times we need courage and unity, and these must rest on a justified and informed patriotism.