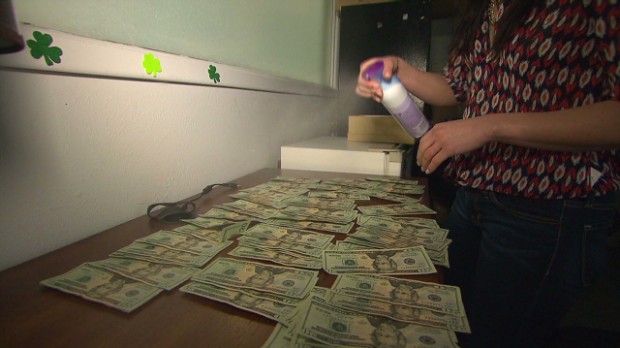 The state could provide taxpayers a credit on the next year’s tax bill, for example, or reduce the sales tax.

Colorado is authorized to collect about $70 million in recreational marijuana taxes. But estimates show how the state could easily collect far more in the fiscal year that begins in July.

If initial calculations end up being accurate, the state could owe taxpayers a $67 million. Another estimate puts the amount at $107 million. But it’s also possible the state will collect less than $70 million, or that voters could allow the state to keep any extra money.

“This would just strike me as completely bizarre,” State Senator Pat Steadman as staffers explained how the state could collect so much more than initially expected. He called the situation “frustrating.”

But fellow Democratic State Senator Crisanta Duran pointed out, “It has been the will of the people to vote for TABOR and we have this.”

The state has provided five TABOR refunds before, but this one is unique for technical reasons, said Wade Buchanan, president of the progressive Bell Policy Center.

The ultimate amount — and whether there will be a refund at all — won’t be known until the coming fiscal year closes in June 2015.

Recreational marijuana first went on sale in Colorado at the beginning of January. That month, the industry brought in about $2 million in tax revenue.