With the defeat of Proposition CC, voters ensured taxpayer refunds and the periodic legislative exercise in avoiding them are here to stay.

The 2020 budget cycle is shaping up to be no exception. The legislative session is still weeks away, and Colorado budget writers already face a daunting list of requests.

Two federal health care programs – the Children’s Health Insurance Program and a supplemental funding program for hospitals — are scheduled to reduce their payments to Colorado by nearly $70 million next year.

Gov. Jared Polis, a Democrat, has asked again for $69 million he was denied last session to expand the state preschool program, provide paid family leave to state employees and stash money in the rainy day fund.

END_OF_DOCUMENT_TOKEN_TO_BE_REPLACED

Colorado’s economic prosperity is mostly a good thing, but it has a downside: Prosperity attracts newcomers ignorant of our state’s culture—and often unaware there is

You can see it in the great outdoors. Colorado’s environment is different from those of most other states. Colo

rado has greater altitudes, steeper mountains, harsher sun, drier weather, sudden weather changes, and fierce temperature drops. Our environment, while stunning, is far less forgiving than most newcomers are used to. If you get into trouble . . . . well, as we used to say in the Colorado Mountain Club, “The mountains don’t care.”

For that reason the classic “ten essentials” of hiking—extra layers, extra water, a head covering, maps, good boots, sun screen, etc.—are even more important for Colorado than for most other places.

Yet visit any of our popular hiking areas and you’ll see the trails populated by people outfitted like they were strolling in a public park in Boston: no hats, no extra layers, little water, almost no provisions of any kind. 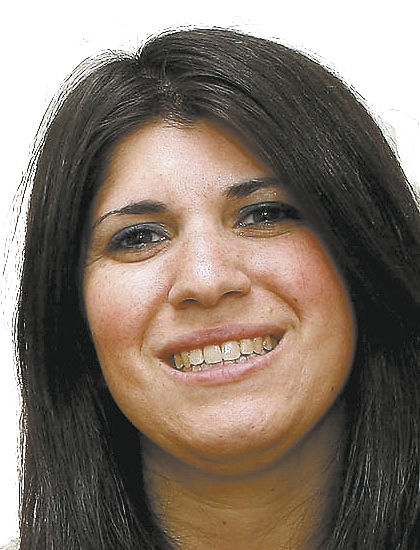 ROSE PUGLIESE Suggests half to property tax reduction and half to Mesa County Workforce Center
Mesa County’s three commissioners are hoping to find a better way to refund about $5.1 million in surplus revenue that it must return under the Taxpayer’s Bill of Rights.

In the past, the county would do so through a property tax credit, but the commissioners said they were somewhat hesitant about using that mechanism for two reasons, one of which is that a good portion of it would end up in the hands of out-of-area property owners.

The bigger reason, however, is that the surplus revenue didn’t come from property tax payers. “Citizens are the consumers of government. They have the moral, economic and political right to set its price.” END_OF_DOCUMENT_TOKEN_TO_BE_REPLACED

Voters stood up for tax refunds—but not charter schools. Proposition CC would have affected the Taxpayer Bill of Rights in Colorado. However, the measure failed at the polls on November 5, 2019. Image: David Zalubowski/Associated Press

Voters approved TABOR, as it’s commonly called, in 1992. Since then it has delivered Coloradans about $3.5 billion in tax refunds, which are required whenever state revenue exceeds the calculated limit. But politicians, being politicians, would much prefer to spend the extra funds. Proposition CC would have eviscerated TABOR by allowing the state to put any revenue windfall into schools and roads.

A point of worry among fiscal conservatives was the ballot question’s wording, which began: “Without raising taxes . . . ” Perhaps this was strictly accurate, since no tax rates would have changed. But it was misleading in spirit, given that the proposition’s point was to let the state government keep more taxpayer money. Voters weren’t fooled. The measure failed, 45% to 55%, as of the tally Wednesday.

Colorado voters rejected a bid to remove the spending caps in the Taxpayer’s Bill of Rights — but the fiscal fight is only expected to get more intense in the next year.

One interest group is considering a repeal of the Taxpayer’s Bill of Rights and another is testing ideas for a graduated tax system that increases rates for the wealthy. Both are eyeing the 2020 ballot and appear undeterred by Proposition CC’s defeat this year.

“Whatever we do next must be bold enough to drown out the alarmists. That work begins today,” said Scott Wasserman at the Bell Policy Center, the organization seeking to overhaul the tax system, in a statement.

“If we truly want to build a state that works for everyone, then we need to amend the constitution,” added Carol Hedges at the Colorado Fiscal Institute, which is working to unwind TABOR.